Scott Hachey is the guitarist and lead singer of Denver-based outfit the Magic Beans. Scott mixes masterful rhythm playing and ripping lead playing notably well during Beans shows, as well as being able to improvise quite tasteful solos at the drop of a hat. If you listen to the song “Mr. Scientist” off the Magic Beans’ most recent album, Casino Cabaret, you’ll hear Scott both heavily manipulating his effects pedals, as well as perform all of the roles I mentioned above, especially the tasteful solos, which starts around 2:25. Check out more of Scott’s playing on this live album from Nederland, CO 10/7/16 (one of my favorite Beans releases). 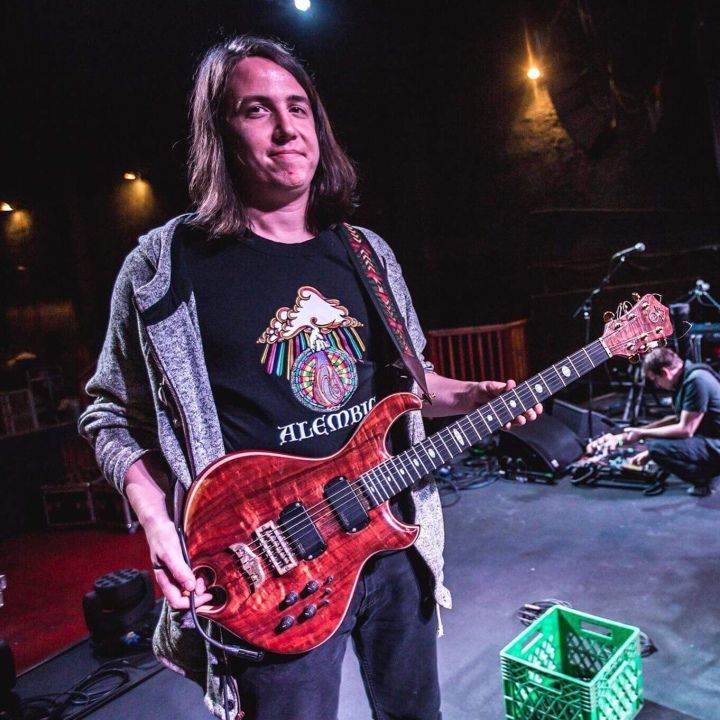 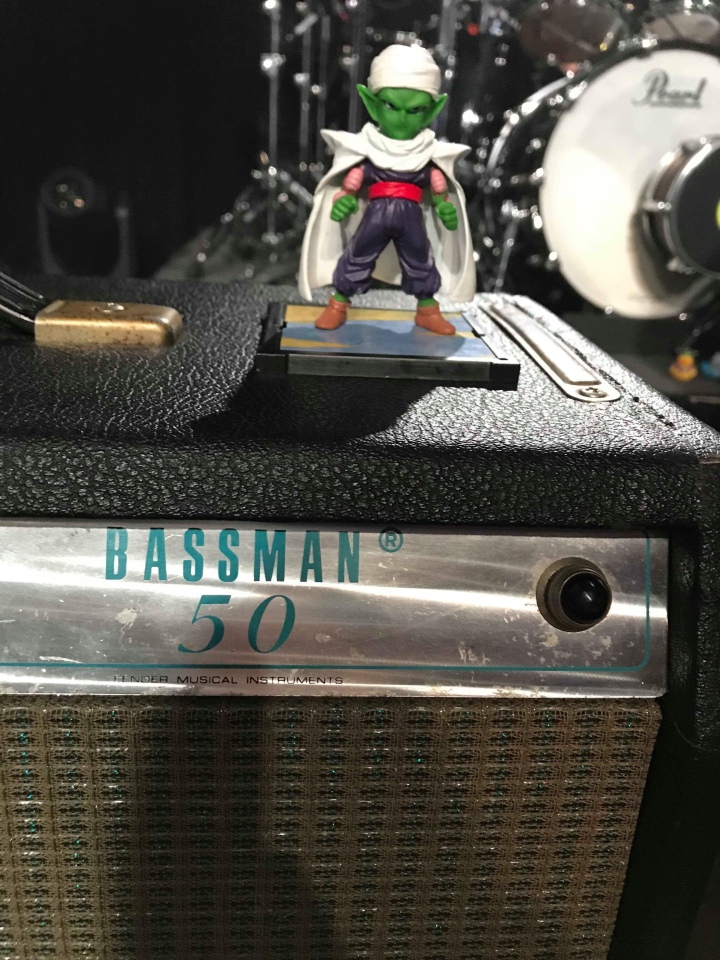 Behind the Gear: Who built your custom guitar? How much say did you have in the whole process?

Scott Hachey: ‘Goldie’ is an Alembic guitar. These guys are the real deal. Started in the 60’s by Stanley Owsley and Ron Wickersham, who still runs the company and builds instruments. It began in conjunction with the Grateful Dead’s Wall of Sound PA (Look it up if you haven’t heard of it, ridiculous). Stanley Owsley was their sound engineer at the time and was in pursuit of the perfect and purest sound quality from player to PA. A life’s work that ended in completion of the most state-of-the-art PA ever made. Much of his ideas are still in use today. Alembic was the instrument part of that signal chain and the pickups are what make it special. They’re active and the pickups work in conjunction with an internal pre-amp. The sound is very crisp and the harmonics are next level. Jerry Garcia, Phil Lesh, John Paul Jones, Stanley Clarke, Brothers Johnson, Jefferson Airplane used their pickups and instruments.

I chose the body style, top wood, matching backplates, and LED light color. It’s the most important part of my tone all around; besides what my hands are doing, of course.

BTG: What is the one pedal on your board you couldn’t live without?

SH: Tuner?? haha… if I was on a desert island I’d bring the Eventide Space pedal, years of fun on that thing. If I actually have to gig, probably just my OCD pedal.

BTG: When was the first time you were exposed to the world of effects pedals?

SH: I was living with some fellow musicians in Boulder and they started buying stuff like crazy. I was just trying to keep up really. I turned into a gear head for a bit and bought a lot of stuff. Then stopped for like 5 years. What that taught me was when I go to make a new purchase, I’m picky and make sure I do my research.

SH: Not really. My new amp purchase was based on a desire to get a more classic and funky tone. I bought a Fender Bassman ’72. It rips. I always wanted a Fender amp, and got a chance to play through Jeremy Schon’s (Pigeons Playing Ping Pong) Bassman and thought it would be a good purchase for me. I pair it with a Mesa Boogie Mark V. All my gear is just what I think sounds good.

BTG: What goes through your mind when you’re deciding which effects to turn on while you’re playing?

SH: Most the time I’m just trying to get the level of gain and sustain right for whatever role I’m trying to play. Using mainly my ODs and Reverb/Delay. When we’re jamming I like to involve the modulation stuff to try and push the sound in a new direction. I also like to try and not sound like a guitar at times, and get textural or try to sound like a synth.

BTG: Who are some of your favorite contemporaries on the scene currently?

SH: I think Mark Lettieri (Snarky Puppy) is the best young player out there right now. Really into Cory Wong, Isaiah Sharkey, Eric Krasno, Rob Compa, Ryan Jalbert… just so many great players out there to name. I’m influenced by everyone I see, whether its on what ‘to do’ or ‘not to do’.

***Photo credit to Concentrated Images for article picture, check them out here!***